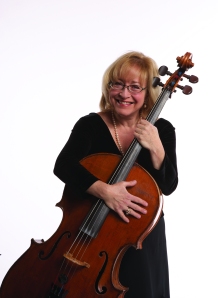 Guest Blogger: Janet Horvath, author of Playing Less Hurt. Below is an excerpt from her music blog, Interlude.

Beethoven’s love life is a mystery. He wrote a series of passionate letters — a total of 10 pages written in pencil — to a woman, his “Immortal Beloved.” These heartbreaking letters were found after Beethoven’s death. To this day the debate rages as to who the intended recipient might be of these unsent letters.

There were several women in Beethoven’s life including Giulieta Guicciardi, Thereza von Brunswick, Amalia Seebald and Antonie Brentano. In the 1950’s a watermark was analyzed which clarified the year and the place the letters may have been written. They were written during the summer of 1812, in Teplitz.

Historians believe the woman may be the latter — the daughter of a diplomat and the Viennese wife of a Frankfurt businessman, mother of five children. Beethoven and she met in 1810 and did spend quite a bit of time together. Beethoven dedicated his Diabelli Variations Opus 120 for piano to her and she was “in the right place at the right time” giving birth nine months later. A flurry of speculation surrounds the idea that perhaps Beethoven fathered a child.

Czech and American music scholars published an essay in 2000, claiming that a woman heretofore unmentioned is the true Beloved.

“This candidate has never before been suggested and is the strongest to date,” says William Meredith, head of the Ira F. Brilliant Center for Beethoven Studies at San Jose State University in California, that houses the largest collection of editions of Beethoven’s music, over 3,000 books and a large collection of recordings. They also have the famous lock of Beethoven’s hair, which was purchased at Sotheby’s.

Making music at any level is a powerful gift. While musicians have endless resources for learning the basics of their instruments and the theory of music, few books have explored the other subtleties and complexities that musicians face in their quest to play with ease and skill. The demands of solitary practice, hectic rehearsal schedules, challenging repertoire, performance pressures, awkward postures, and other physical strains have left a trail of injured, hearing-impaired, and frustrated musicians who have had few resources to guide them. Playing Less Hurt addresses this need with specific tools to avoid and alleviate injury. Impressively researched, the book is invaluable not only to musicians, but also to the coaches and medical professionals who work with them. Everyone from dentists to orthopedists, audiologists to neurologists, massage therapists and trainers will benefit from Janet Horvath’s coherent account of the physiology and psyche of a practicing musician. Writing with knowledge, sympathetic insight, humor, and aplomb, Horvath has created an essential resource for all musicians who want to play better and feel better.